How data is driving the exploding internal talent marketplace

Companies have a clear choice in the face of the Great Resignation: They can watch their employees leave their jobs or they can adapt to address their needs, an approach that often means finding the right role for employees in their chosen career path. One way to accomplish this is by diving deep into a company’s HR and business data.

The worker exodus numbers are staggering and corporate leaders are “freaked out about hiring,” said Josh Bersin, global industry analyst and dean of the Josh Bersin Academy. In a recent HRE webinar titled “Unleash the data in your HCM with a next-gen talent marketplace” with Kamal Ahluwalia, president of Eightfold.ai, an artificial intelligence-powered talent management system provider, Bersin painted a stark picture.

“The quit rate and turnover rate–these stats are astounding. Forty percent of healthcare workers have left their profession and the leave rates for other job categories are astounding,” said Bersin, citing figures that nearly 4 million workers left jobs in July and that 14.5 million jobs went unfilled last month.

“Most employers are hanging onto their seats and asking how will we get people to stay and get more people to join us and stay? How can we make the employee experience more attractive and engaging?” he asked.

The key is data found inside human capital management systems. By using HR and business analytics data, HR leaders can see which employees are set to leave, not engaging with their roles and might be better suited for different roles inside the companies for which they work.

Meanwhile, there’s a hiring revolution underway with an estimated 60% of hiring in companies happening internally. “The talent marketplace has exploded with success. I haven’t spoken to a single company where it hasn’t helped companies to open opportunities for employees inside the company,” he said.

“It’s a massive trend and I think the bigger, older vendors are having a hard time getting there from here but they will eventually,” he said.

Access to data is key. While firms may be drowning in various forms of data–especially in tools such as Microsoft Teams and Slack–they cannot access and analyze it quickly and effectively. The data already resides in the HCM systems, said Ahluwalia, but large-scale data management projects often take years.

Many major companies understand this point right now, said Bersin. He cited a major bank based in New York that is examining its entire operational functions data in a high-speed way to consolidate job functions and job title duplications. “They are redoing their job and business data together and I don’t think that would happen in a traditional HCM system,” said Bersin.

Ahluwalia agreed. “This would take 12 to 18 months and with manual work, the data would be outdated at the end of the project,” he said.

Bersin added that today’s HCM solution providers are entering a new field and must adapt along with their clients. “We are going to see HCM companies become data companies,” he said.

“Most of the human capital systems are not designed for this. They were designed for HR people and IT folks and not for employees. This is a challenge to build employee-centric applications. If you built a payroll system for 10 years, this hasn’t been your mission for the last couple of years,” Bersin said. 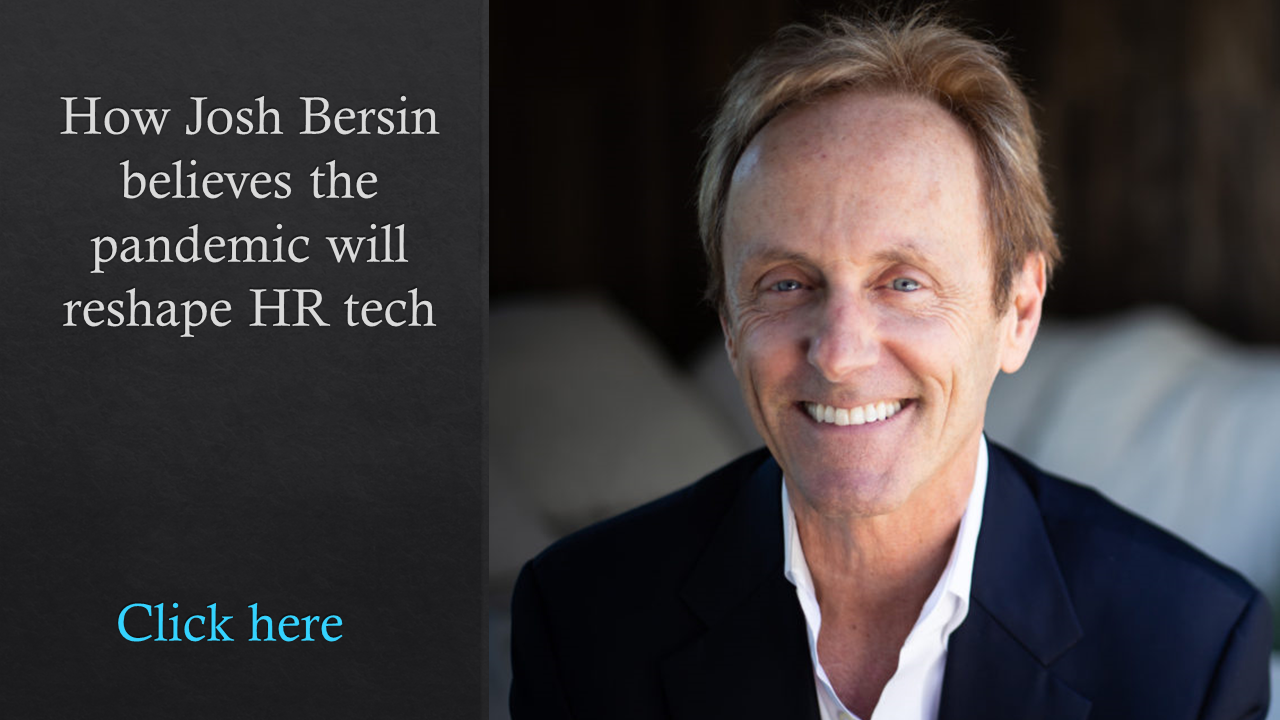 Improved data analysis that is merged with HR systems could have a real impact on a company’s workforce, especially in terms of diversity, equity and inclusion mandates. “It improves DEI problems when you have a more transparent way of providing opportunities. People are evaluated in more than a data-oriented way,” said Bersin. “It’s not ‘I know this person and we have to get them here as opposed to someone from over there.’ ”

Companies have little choice but to act, given the current workplace environment, warned Bersin.

“The big story for most companies is that employees are in charge,” he said. “You can tell them what to do, but you need to let them do what they wanna do too.”