When Google offices officially opened for returning employees on April 4, the deal the tech giant offered to its workforce featured a “hybrid” configuration, with three days in the office and two working from home.

It was perhaps the most auspicious debut of a COVID-era return to the workplace, with Google being, well Google. After all, by the nature of its business model, much of Google’s workforce could conceivably work from home five days a week.

As the pandemic put work locations in flux during the past two-plus years, the hybrid work week has emerged as one of the most popular approaches for post-COVID strategizing. With this model still relatively new, it’s anyone’s guess how it will play out over time.

One HR legend, however, isn’t buying the hybrid solution. Former Google HR leader Laszlo Bock, who left the company in 2016, speculated in a recent Bloomberg News article that the majority of Google workers—and many hybrid employees in general—will eventually be back in the office five days a week in the upcoming years. His reasons? For one, he said, those who work from home, even two days a week, will become frustrated by in-office workers having the advantage when it comes to promotion list. Also, he said, leaders across business segments are not thrilled with leading from afar. 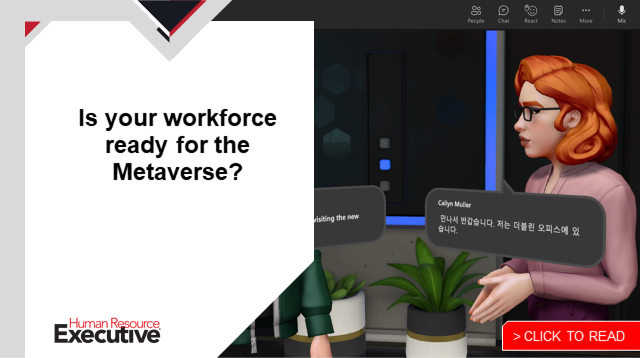 Of course, not everyone necessarily agrees with Bock’s bold prediction. For example, Paul Rubenstein, chief people officer at Vancouver-based Visier, which provides people analytics software, says that no one can really predict a “forever” strategy when it comes to workers’ relationship with the office. However, hybrid has gained traction, which has apparently boosted its long-term viability, meaning HR leaders need to pay attention and react accordingly, and creatively.

“No matter what it is called, the trend represents a reworking of the relationship between employees and employers,” Rubenstein says. “Some are looking for rules-based approaches, but at the core of it is a new social contract.”

At the heart of hybrid work, he explains, is the emphasis on an employee and their manager really knowing each other. When employees are remote, for instance, there needs to be mutual support, he says, and managers not only have to understand how to get the best out of a team, but also must balance individual productivity while monitoring burnout.

“This means a holistic view of the employee that includes continuing to prioritize mental health and wellness benefits,” he says.

So far, he adds, employers have seen both benefits and drawbacks from the remote aspect of hybrid work.

“While we see individual performance in a remote environment improve, we’ve also seen a decline in the collective experience, whether that be collaboration, team performance or even connection to their employer,” Rubenstein says, adding that finding the balance between “me” and “we” is at the core of this new employee-employer social contract. Also, he notes, as employers decide whether or not to start making employees come back to the office, it’s important to listen to concerns, but also to lead employees to a “new place.”

To do that, Rubenstein offers some considerations:

However it shakes out long-term, Rubenstein says, the return to an office, in any arrangement, will be a challenging move for both employees and employers.

“It’s important to make this a positive experience so that the short-term stress fades into a comfortable new norm,” Rubenstein says.