As the pandemic continues to disproportionately sideline women, especially women of color, from the workforce, years of progress on pay equity are in the crosshairs. However, one tech company has good news on that front: This week, computer memory and storage manufacturer Micron Technology announced that in March it reached pay equity for its 43,000 global employees, including for what it calls “underrepresented groups” military veterans, Blacks, Hispanic/Latinos in the U.S. and women and people with disabilities globally.

This effort was part of a series of diversity, equity and inclusion goals the company set last year. In its fourth annual For All: DEI Annual Report 2021, the Fortune 500 company detailed DE&I efforts that consisted of global pay equity as well as the formation of five PRIDE+Allies chapters in Asia, an Asian American and Pacific Islander Network (AAPIN) support group, and investments in diverse causes.

“We have a diversity, equality and inclusion mission; making sure people feel equal is very important. Pay equity is certainly a key part of that strategy,” says Micron Chief People Officer April Arnzen.

But eliminating statistically significant differences in base pay, cash bonuses and stock awards was a technical challenge.

Related: How the pandemic is affecting women’s progress to pay equity 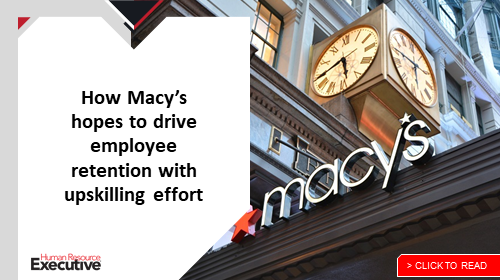 Micron initially wrote its own statistical models four years ago to analyze HR data by employee gender, work experience, job responsibilities, worksite location and other factors. However, the first two years that Micron ran its own models, its computers needed 24 hours to complete any analysis.

“We’d kick off a model and have to wait until the very next day to actually get the results,” recalls Arnzen. “As soon as the results would come in, the analysts would all text us and we’d drop everything we were doing and get on a call to find out what the results were.”

Micron officials soon realized that they “spent so much time on that versus looking for more opportunity to create the quality in our culture and in our company,” says Arnzen, who says that the analysis was “too granular” and labor-intensive.

After two years of using that model, Micron partnered with data engineering firm Syndio, which was able to generate reports more quickly.

Micron had to take several factors into account when pursuing pay equity, namely the cost of living in the regions where the employees worked. After all, the push to outsource to Asia that began in the late 1990s and early 2000s was to avoid paying American and Western European salaries in order to cut costs and generate greater profit margins.

“It wouldn’t make sense to compare across regions because there are such geographical pay differences,” says Arnzen.

The data revealed some blind spots in pay, many of which occurred following company acquisitions. “One example that we found early on was that when you acquire companies and you bring this entire population into your workforce, it took a year to get that group to pay parity because their pay practices weren’t similar to ours,” she says.

Achieving pay equity also meant raises, bonuses and other rewards, according to Athar Siddiqee, Micron’s vice president of global rewards. It also involved looking closely at an employee’s performance, experience and contribution to the organization. “Performance is a component that could very well explain the difference in pay,” says Siddiqee. While Micron has not performed data analysis to determine the impact of pay equity on its profit margin, Siddiqee believes it will help attract new, younger talent.

“I think it has propelled our brand and enabled us to attract talent more quickly and easily, and that does impact our company performance when we’re able to fill our positions more quickly with the best talent,” he says.

“This is the right thing to do, and we’re going full speed ahead,” adds Siddiqee. “I think we really took a leadership position here, and it’s certainly benefited us, but that’s more as a result of that commitment.”

Calling achieving pay equity “step one,” Arnzen says, Micron is also creating mentorship programs to help promote women and Black and Hispanic employees into senior leadership roles. “When our development programs take over, it really helps them increase the impact that they have at the company,” says Arnzen, “as well as their compensation that they get from the company by promotion.”