Post-Roe, HR challenges abound: Backlash likely ‘no matter what you do’

Employers are finding themselves navigating a whole new set of challenges and decisions following the reversal of Roe v. Wade last week.

The U.S. Supreme Court’s reversal of the landmark 1973 ruling ends the federal protections that ensured the rights of women to terminate a pregnancy, and it allows each state to put its own regulations in place. It’s expected that about half of states will ban abortion in the coming weeks or months.

As a result of the polarizing decision, organizations are left struggling to decide how to approach the fallout of the reversal: from determining where they stand, and deciding if they want to make a public statement, to whether, and how, they will change existing health and benefits coverage and navigate employee privacy.

“This is going to be hard for employers, particularly small and midsize employers who may have less control over their health plan specifics,” says Kara Govro, senior legal analyst at Mineral, an HR consulting firm.

The biggest immediate issue: deciding what position, if any, to take as a company. While a number of employers have made statements to employees over the past several days and added benefits to help workers continue to access abortions, many others are proceeding with caution and have not said anything, at least yet.

“Anything you say can tick off either side,” Govro says. “It’s definitely a rock and a hard place because there is probably going to be backlash no matter what you do.”

Prior to the ruling, HR and company leaders were largely quiet on the issue, even after the draft decision on the case was leaked last month. At that time, data from the Institute for Corporate Productivity (i4cp) found that half of HR leaders (51%) said their organizations had not made a statement about their position on Roe v. Wade and had no plans to do so.

“A number are saying, ‘We’re not going to say anything or do anything; we’re just going to let this blow over,’” Govro says. “And that could work. But it also could backfire pretty badly.”

Still, a number of large employers have not only sent employees messages of support and announced new or updated benefits to help employees access abortions but are going even further, calling out the Supreme Court decision as wrong.

Alina Vandenberghe, co-founder and co-CEO of Chili Piper, a meeting automation platform company, for instance, called the news “devastating” and told employees the company will pay for temporary relocation and healthcare costs for employees needing access to reproductive care if the state they reside in refuses to do so.

“It’s clear that the responsibility to uphold women’s reproductive rights in this country falls increasingly on the private sector; on companies that stand behind the right to choose while doing their part to protect access to legal abortions when our government has so blatantly failed to do so,” she said in a statement. “It’s incredibly disappointing that this issue continues to remain a partisan battleground at the expense of women’s health.”

Industry insiders say it’s best for company and HR leaders to take the pulse of their workforce to understand where the majority of their employees stand on the issue. If they find abortion is an issue employees feel passionate about and the company is not doing anything, that will likely have a negative impact on company culture and morale.

“Silence on this issue isn’t an option for organizations that are genuinely committed to fostering a healthy culture,” says Lorrie Lykins, i4cp’s vice president of research.

Also see: Want to keep employees in the fold? Double-down on DE&I

“It’s impossible for companies to speak out on every topic, but they can make better-informed decisions about when and how they take positions on select topics,” says Emily Killham, director of research and insights at Perceptyx. 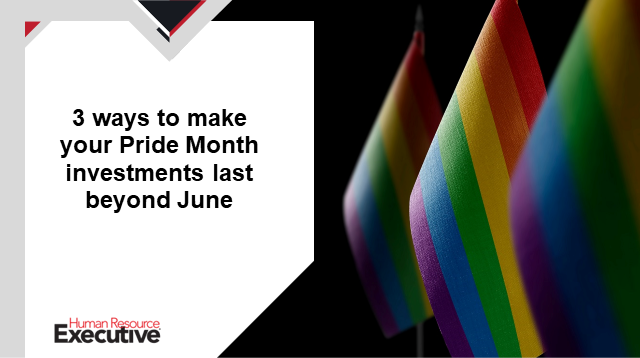 “There will always be some risk of negative feedback from taking a public position, so some companies might opt not to speak out at all,” she says. “But not taking a position also carries the risk of alienating some groups within the company, so it’s essential that a company is authentic in the issues it pursues, is willing to make a few sacrifices for a position, and has a plan of action for how to communicate that position. Most importantly, the position itself has to align well with the company’s values and mission.”

The Perceptyx survey also found that employees say they will consider public company stands as a basis for employment decisions—putting employers in a difficult spot if they want to attract and retain talent.

Govro agrees. “The repercussions [for taking a public stance or not taking one] might be that a decent portion of their employees quit or at least start looking for somewhere else to be. And in our current job market, that is more likely than ever.”

Govro suggests HR, benefits and other company leaders meet quickly to discuss the Roe reversal and address a growing number of questions like: What do our employee demographics look like? What are our values? Do we need to change anything? Should we expand benefits?

Making healthcare or benefits changes is another pressing consideration for organizations.

After the ruling was announced last week, a number of the country’s largest employers, including Disney and JPMorgan Chase, said they would help employees access abortions and cover travel and other expenses to states where workers can legally receive such services. Dick’s Sporting Goods, for instance, announced Friday that it will provide employees up to $4,000 in travel expense reimbursement if they need to travel to the nearest location where abortion services are legally available. This benefit will be provided to any teammate, spouse or dependent enrolled in its medical plan, along with one support person.

Google said this week that their workers who live in parts of the country where abortion is no longer legal may relocate to states where their rights are protected. The tech giant also reiterated that its health plan covers the cost of employees’ out-of-state abortion procedures for workers who travel across state lines to seek care.

For companies, though, adding abortion travel benefits comes with its own set of difficulties—including how to implement or manage the benefit as well as how to help maintain employee privacy for workers who take advantage of the benefit.

Meanwhile, says Govro, small and midsize companies that don’t have the same budgets as some of the country’s largest employers might not be able to afford to add abortion travel expenses as a benefit. Instead, they might have to rethink benefits coverage in other ways if they choose to try to help employees.

“That certainly has the potential to be expensive,” she says.

At the crux of the reasoning for adding travel benefits is that the overturning of Roe allows states to make their own decisions about abortion. What’s not clear yet is whether Republican-led states that will ban abortion can penalize companies that provide such travel benefits to employees.

Given these and other questions, some companies instead may offer other support, like providing health savings account contributions to help employees access abortions, if needed. More robust paid leave, flexible schedules, paid parental leave programs, childcare benefits and adoptive benefits may all come into play, as well. Of course, other companies might do the opposite and remove abortion coverage from healthcare plans.

Whichever way employers go, the Roe v. Wade reversal is the latest evidence that employers are now perceived to have a responsibility in addressing social issues and communicating their positions to employees, and that employees more than ever are relying on their employers to help guide them through times of uncertainty and change.

“Leadership needs to ensure that everyone is clear on where the organization stands, and I mean crystal clear—no ambiguity or corporate-speak,” i4cp’s Lykins says. “Messages should be grounded in the organization’s stated principles and values.”

Pay equity: Who should be in charge?

With salary budgets at a 20-year high, what HR needs to...

5 takeaways from HR Tech Conference, from talent to skills and...