Will employer vaccine mandates pick up with emerging Delta variant?

Several months have passed since the COVID-19 vaccines became widely available in the U.S. And while employers have been encouraging the vaccines to their employees in a number of ways–from offering incentives and paid time off to providing education on the merits of inoculation–vaccine rates have waned and now nearly stalled with less than 50% of Americans being fully vaccinated.

Those stalled rates, coupled with the new Delta variant that is emerging as the dominant strand, might cause employers to rethink their vaccine plans, experts say.

“The rise of the Delta variant has really raised the stakes,” says Justin Holland, CEO and founder of HealthJoy, a benefits company that works with some 700 employers. Preliminary research indicates the variant is more transmissible and deadly than the original strand, which has killed over 600,000 Americans.

And several universities across the nation–including the University of Colorado, University of Denver, California State University and Syracuse University–are requiring their employees to get vaccinated against COVID-19 before the fall.

Related: Want to get workers vaccinated? Try these 6 strategies 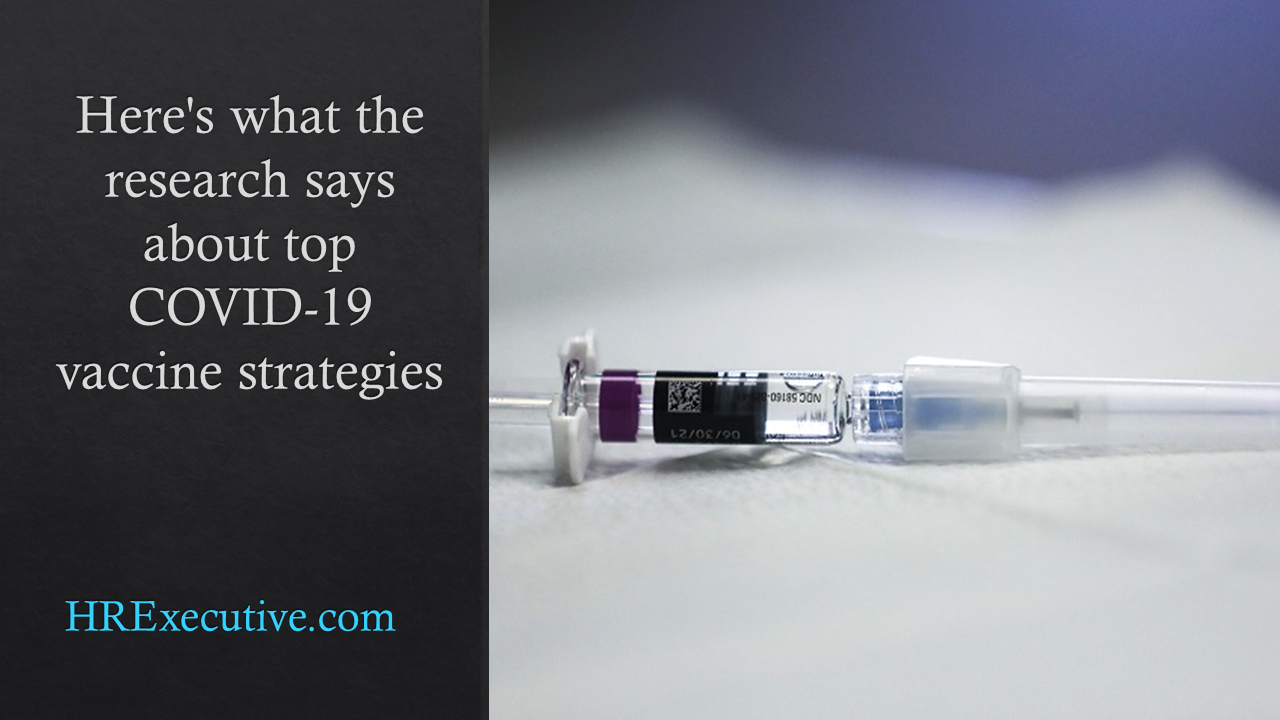 Big-name employers going beyond encouragement may catch attention from other employers who then may follow suit.

Adds Holland: “I think we’re seeing big-name employers acknowledge what’s been pretty clear for a while–requiring vaccinations is the safest way for us to return to the office.”

Although the Equal Employment Opportunity Commission said in December that employers can require employees to get vaccinated as a condition of going to work, with some accommodation exceptions, most organizations have relied on encouragement of the vaccines, rather than vaccine mandates, in hopes their employees would get the shot. That’s mostly due to the polarization surrounding the vaccine, as well as workplace complexities that can arise around requiring it.

Related: Employers can legally require COVID vaccines–but will they?

But that vaccine strategy could shift in the coming months, especially with some employers beginning to announce they are mandating inoculation before workers return to a physical office.

“Anecdotally, the CEOs and leaders I’ve spoken with are already adding this requirement to their office policies,” Holland says, adding that at this point in the year, employers need to at least make a decision about whether they’ll ask their people to disclose vaccination status.

New data out from the Institute for Corporate Productivity (i4cp) shows that vaccine requirements, especially for employees working in company buildings, have ticked up in the last several months. Its latest survey of 481 employers, conducted in June, found that 10% of organizations say they’d require vaccination of all employees. The survey also finds that 16% of employers report they will require vaccinations of employees who will be coming onsite to work in organizational facilities. In January, 5% of organizations planned to require employees to be vaccinated and 9% said so in April.

That’s an increase, but not a huge one, says Carol Morrison, senior research analyst at i4cp.

“Despite the threat posed by variants, the figures are holding pretty steady for encouragement versus requirement when it comes to vaccinations overall,” she says. The June survey revealed that employers are being more purposeful about their decisions on who needs to work onsite and providing remote options for those who don’t need to do so, she adds.

The biggest consideration that may drive up vaccine requirements in the coming months is COVID-19 infection rates. If they stay low, then encouragement will likely continue to be the dominant strategy. But if infection rates increase–and the Delta variant becomes a bigger threat–employers will surely act, Voyles says.

“If infection rates increase, especially to the level of requiring lockdowns, many more companies will mandate vaccines.”