Do you provide the must-have benefit for financial freedom?

“I will forever say, a more secure employee is a better employee.” These words from financial guru and author Suze Orman explain her devotion to the idea of employer-provided emergency savings accounts.

Employees have so much on their plates in every way, but they don’t have what it takes to be financially secure, Orman said Wednesday during an afternoon keynote at HRE’s Health & Benefits Conference in Las Vegas on the topic of “Reimagining Financial Security in a Post-COVID World.”

Related From better benefits to higher pay, employers are upping the ante on talent

“I think financial health and wellness need to be addressed but [addressed] in ways that you see it really being a benefit to them,” she said. “I’m not sure all the courses and classes being offered are really going to get them to where they need to be.

“And the state of people’s economy is as bad as I’ve seen it in years,” she added.

Two years ago in the early days of the pandemic, people may have been on unemployment with their student loan payments on hold, mortgage forbearance in place and low inflation, but everything has flipped, said Devin Miller, CEO of emergency savings fintech platform SecureSave.

Financial wellness isn’t being discussed at work right now, even though employees are “getting crushed” as rent increases 25% year-over-year and fuel and other costs are skyrocketing. “Everything is so different than it was before,” he said. 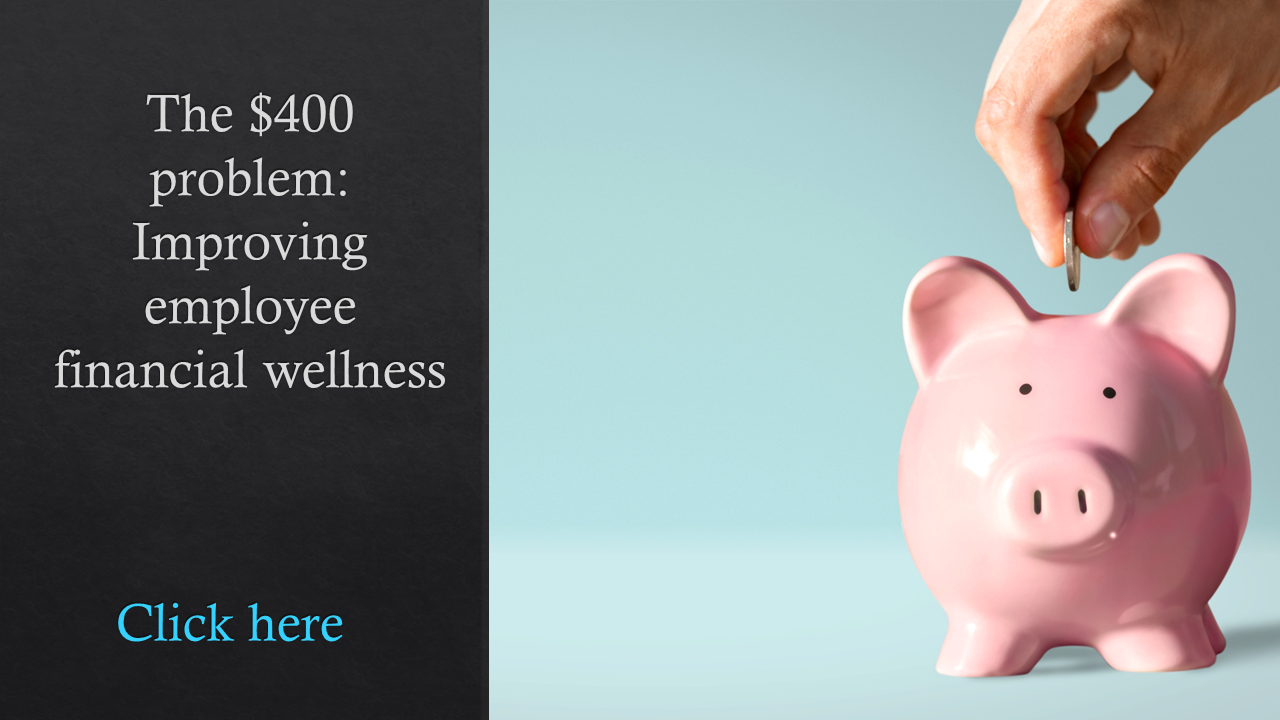 The events of the past few years have created a need to get employees to start and maintain a habit of short-term savings for emergencies, said Orman, a co-founder of SecureSave.

“Ultimately, financial matters have been the number one source of stress for decades,” Miller said, with short-term crises at the top of the list. “And if [employees] only have retirement to go after when the short-term problem comes up, that long-term [account] is the one they’re going to raid.

But when an employee feels more secure because they have $200, $400, $800, and eventually thousands of dollars in emergency savings, then they actually will increase the amount of money they put into their 401(k) because they don’t have to worry about it, the two agreed.

And while some critics might argue there isn’t enough liquidity in employees’ bank accounts to invest in another vehicle, Orman disagrees.

“People think they’re living paycheck to paycheck, and then you go through their expenses with them: What do you mean you’re going twice a month to get a manicure?!,” she said. “There is always money to be found. If you ever say to people, ‘they don’t have $5 or $10 to do anything,’ you’re rendering them powerless. And when they feel powerless, they give up.”

People will always, and forever, need an emergency fund, Orman said. “It will always be the foundation of any financial freedom recipe, bar none. Without that, everything else crumbles.”