Are you a design thinker?

During his opening keynote address, global analyst Josh Bersin noted that employee experience has increasingly become a focus among vendors.

“We’re not building software for HR anymore–we’re building it for employees,” said Bersin. “If employees don’t find it useful, if it doesn’t fit into ‘the flow of work,’ then it’s not going to be used.”

By the same token, HR processes like performance management are becoming less HR-centric and, instead, more focused on employees and managers, writes HRE columnist Jason Averbook.

The recent emphasis on employee experience has been accompanied by a surging interest within the HR space in “design thinking,” an iterative process for understanding a business problem, as well as who and what the problem is impacting. Although design thinking isn’t new, its embrace by the HR community is.

“Design thinking helps you by beginning with a broad overview and then honing in, rather than starting with the solution first,” says Mike Pino, senior digital learning and technology strategist at PwC.

However, many HR leaders don’t clearly understand the concept, he says.

“Design thinking is really critical, but it’s also under-appreciated,” says Pino. “People like to say how much they want to use it, but they never make the time to actually do it.”

It’s human nature to want to immediately find solutions to a problem, he says. But design thinking forces you to tease apart the needs and context of a problem more carefully so you ask better questions and come up with multiple ways to test multiple solutions.

Design thinking’s popularity as a concept has been helped along by the digital transformation that so many companies are undergoing, says Jannine Zucker, a principal at Deloitte.

“I can’t tell you how many of our clients are going through this, and they’re expecting HR to help them through it,” she says.

Companies are trying to adapt to a more agile way of working and are finding that their old processes for learning and performance management will simply no longer cut it, says Zucker. HR is usually tasked with redesigning these processes, but often, employees are being left out, she adds.

“The whole concept around design thinking is about bringing the customer, or the employee, into it and then iterating,” says Zucker.

Organizations that embrace DT understand that it’s continuous, she says.

“It’s ‘How do we continuously get feedback and then iterate and make the experience better?’ ” says Zucker.

Pino says design thinking can help HR leaders become better advisors to their company by guiding them to important insights–such as, their organization may not be suffering from a talent shortage after all.

Pino cites the example of a company that was concerned it didn’t have enough data scientists. Ordinarily, the solution would be to hire a lot of expensive data scientists, possibly getting into bidding wars with other companies over this sought-after talent.

“That’s an example of jumping to a solution too fast,” he says.

By utilizing design thinking, the company may realize it doesn’t have to find data scientists after all.

How design thinking helps put the ‘human’ in HR 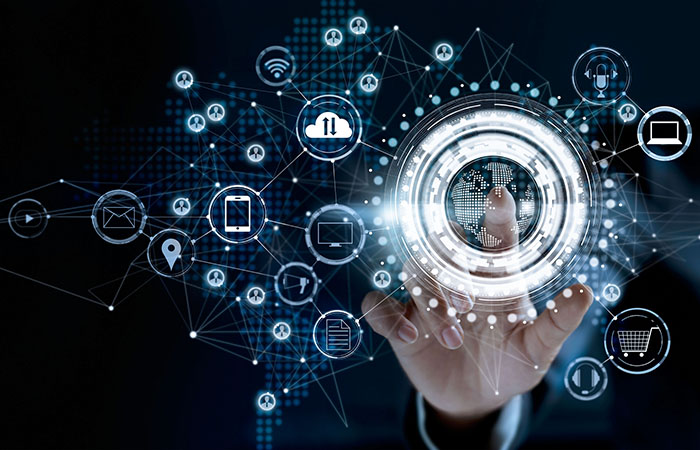 “Design thinking teaches you not to jump to the solution too fast, but instead to focus on understanding the needs and context a bit better,” says Pino. Through that, the company, for instance, may discover that what it really needs are people with the ability to use data to glean insights and tell stories.

“Telling stories through data is one portion of what a data scientist is good at, but you can also find people who are good at that within the existing team,” he says.

Pino recently helped a client undertake a design-thinking approach to solve what it thought was a compensation-related problem.

“They thought people were leaving because they weren’t happy with their pay,” he says.

It turns out that the company had based its reasoning on exit-interview data. But, through a combination of interviewing current employees and recently departed ones and testing out some ideas, it determined the real culprit was that employees felt stifled in their jobs.

“People don’t want to burn bridges, so they’ll often say in exit interviews, ‘Well, they’re paying me more,’ ” says Pino. “But design thinking teaches you that the first answer is often not the right answer.”

Although the client did end up making a small compensation adjustment, the real changes involved providing more rotational experiences so employees could develop and grow, he says.

“By teasing out the different kinds of things that are happening, and by empathizing with people on the other side, design thinking can help you uncover important information,” says Pino.

“They both use empathy,” she says.

At Upwork, Harte and her team used design thinking to come up with a better candidate experience. The company, which operates a platform for hiring freelance workers, had previously relied on an interviewing process that was “pretty arduous,” she says.

“We took a good hard look at it and said, ‘How can we reimagine this working far more efficiently?’ ” says Harte.

Today, entry-level salespeople who meet the company’s criterion are presented with a job offer the same day they’re interviewed. The effort has been so successful that the company expects to extend it to other job classifications within the organization, she says.

Like many companies these days, Upwork also has a significant number of remote workers. Studies have shown that remote employees often feel cut off and isolated from the rest of the organization. Harte oversees an ongoing initiative called the Remote Work Task Force to ensure these employees feel plugged in to the rest of the company.

“For us, it means empathizing with someone who’s not in the office–how do you ensure their voices are heard?” she says.

Thanks to the task force, Upwork’s remote workers have access to tools that make it easier for them to participate in discussions at headquarters and contribute ideas to the team. The tools, which include JamBoard and Google’s G Suite, enable remote workers to lead initiatives rather than waiting on corporate headquarters, she says.

During meetings at Upwork’s headquarters, employees at locations with the fewest workers speak first (via Zoom teleconference), says Harte.

“Even at companies with many remote workers, the core drivers are often at corporate headquarters, which diminishes the experience those workers have,” says Harte. “By putting remote workers first, we’re able to be more innovative.”

Harte, who completed a course in design thinking at Stanford University several years ago, says Upwork has woven DT into a number of processes.

“I highly encourage other HR leaders to take classes in this,” she says. “It’s a remarkable tool for people in all functions.”

Vanessa Shaw, a consultant who specializes in teaching design thinking to HR professionals, describes it as a “great lens for problem solving and managing teams.”

Originally conceived as a method for product development and user-experience design, DT has since found traction in other areas, including HR.

“When I came across design thinking, I thought, ‘I’m going to apply this to [organization design] and HR,’ ” says Shaw, whose background is in OD.

Many of Shaw’s clients start out with a fuzzy definition of design thinking.

“A common question I get asked is, ‘What is it?’ ” she says. “I tell them that it’s a great problem-solving toolkit for almost any issue you have at work.”

“It’s a visual representation of all the processes a person will go through,” she says. A journey map for a restaurant, for example, would break down the customer experience into a series of steps. Similarly, a journey map for a candidate experience would take a granular look at onboarding, which is often criticized for failing to integrate a new hire into the organization.

“Onboarding is a great example to use for design thinking because it’s very cross-functional, and a lot of parties have to get aligned in order for it to be seamless,” says Shaw.

HR professionals tend to have a good view of the “back of the house” aspect of recruiting, for example, but they’re often less clear on what goes on at the “front of the house,” from the candidate’s perspective, she says.

Journey mapping all of the recruiting steps–front and back of the house–gives HR a more holistic view of the process so they can more easily see areas for improvement, says Shaw. The next step is usually “empathy research,” which involves interviews, observation and focus groups to better understand the customer (or employee) experience.

Design thinking also calls for using feedback and interviews with customers (or, in HR’s case, employees and job candidates) to come up with improvements to a process, test them and use the feedback to make changes or come up with new prototypes.

It’s a better way of improving the employee experience than the more common approaches, says Shaw.

“Generally, people who don’t use design thinking say, ‘Let’s solve one touchpoint along the journey, then benchmark against our peer companies and test it via a pilot,’ ” she says. “But pilots aren’t effective if there haven’t been prototypes preceding them.”

The benefits of a DT approach are more profound, says Shaw.

“Design thinking makes a positive impact on your culture immediately because it changes how you’re working and collaborating in the present,” she says. “If a team is feeling low-energy or overwhelmed, these practices will help reinvigorate people right away, not at the end after the pilot’s launched.”

“It took a long time for HR to have a business voice, and now it’s our responsibility to capitalize on that and use our voice to drive innovation.”

Send questions or comments about this story to hreletters@lrp.com.